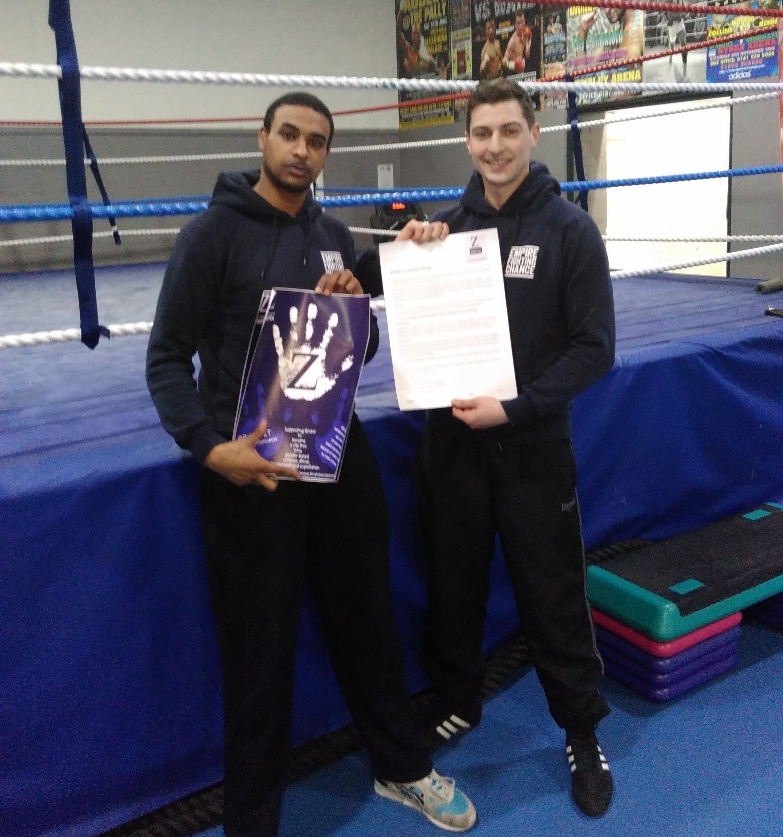 The following was a press release from Zero Tolerance: Empire Fighting Chance work with young people in Bristol on re-engagement with education, training or employment. We met Jamie Parry to find out how they hope to integrate a Zero Tolerance approach into the work that they are already doing.
Empire Fighting Chance works with around 200-250 young people a week on a number of programmes aimed at re-engagement including on gang outreach and mental health. There is also a mental health drop-in with adults and a commercial gym as part of the project. “We aim to give all young people a second chance at education and we focus mostly on mentoring with quite a detailed one-to-one mentoring programme. We work with the young people every week for 20 weeks with a variety of issues or challenges that they face. We try to build a strong relationship with them and then pathway them into wherever they want to go whether that is back into education, or to try to get a job.”

It is usually a 60-40% split of boys and girls engaged across all of the programmes and more recently this has reached almost 50-50%. Gender-based violence is an issue that does come up or it may be an underlying issue if it is not disclosed. As Jamie says, “there are a few of the young people we work with who have been victims of domestic abuse or sexual abuse and have encountered a lot of domestic abuse, drug abuse things like that in their lives. So obviously it is picking up on that. Sometimes we get referrals from agencies that work with them specifically because those issues have been highlighted and sometimes we pick up on those issues and signpost on to specialist agencies… Across all of our programmes and one-to-ones whether it is male or female we talk about how to resolve conflict instead of encouraging or inciting a conflict – how to walk away from it, who to tell if you need to talk to somebody… And especially all our young men who present with violent or aggressive tendencies, we always try to explain to them that these should be taken out in a productive way through sport or through a focus as opposed to taking it out on other young people, and especially not against women – we are very against that, we have quite traditional values so we try to encourage everyone to get along and have healthy relationships.”

For Jamie there is a need to address current attitudes and behaviours, especially amongst young people in Bristol, and hopefully the initiative will work towards this: “when we work with young people there is certainly a lot of violence that comes to mind even in everyday settings such as in schools… so it would be nice not to see that and [there to be] a greater understanding that that is not acceptable. It seems to have grown in the city that there is more acceptance of young people being violent towards one another certainly in their social circles and their minds and its definitely not acceptable, so we want to iron that out and instil some values that we always try to enforce – that there shouldn’t be any gender-based violence, or any conflict really, racial, sexual or gender-based – why can’t we all get along?!”

Signing up to Bristol Zero Tolerance is therefore an extension of the work that they are already doing “it’s something that we do anyway… so why not formalise it and let everybody know that this is how we operate. And if we are signed up hopefully it will encourage other organisations to sign up as well.” They will also be using signing up to Bristol Zero Tolerance as a way to raise awareness of gender-based violence with the young people they work with “promoting that it is not acceptable and then showing them what other organisations they can go to if they have any worries or concerns”.

There are women-only classes in the commercial gym and some female volunteers who work with and mentor the girls and young women. As part of their involvement in the initiative we also hope to work with Empire Fighting Chance to offer self-defence classes for women to other organisations that we are working with. However, as Jamie notes “it could be men or women running it – it might be nice for a man to run it so that women don’t think that all men are violent, I think that is something that we should also try to get away from – isolating female and male-only spaces, it’s not realistic in society and it is important to know that not all men are bad.”

We look forward to working with Empire Fighting Chance to support the next generation to change attitudes and behaviours in Bristol and elsewhere. As Jamie says “it’s good for Bristol to put up a stance and show that we are all against gender-based violence and there is zero tolerance on it. I think if Bristol stands up then hopefully it will encourage other cities to do the same and hopefully have a nation-wide effect.”