EFC were privileged to receive a visit from the Rt Honourable Chris Grayling MP, who is the Secretary of State for Justice and Lord Chancellor. Mr Grayling was accompanied by local Conservative MP and Empire Trustee Charlotte Leslie to see the positive impact that Empire’s boxing and mentoring programme is having on young people in the Easton and St. Paul’s communities.

Whilst he was here Mr Grayling spoke to the young people and watched demonstrations of pad work and shadow boxing that they were doing in small groups and with their mentors. The young people enjoyed the occasion, one of our young people has now proclaimed that he is going to be an MP! 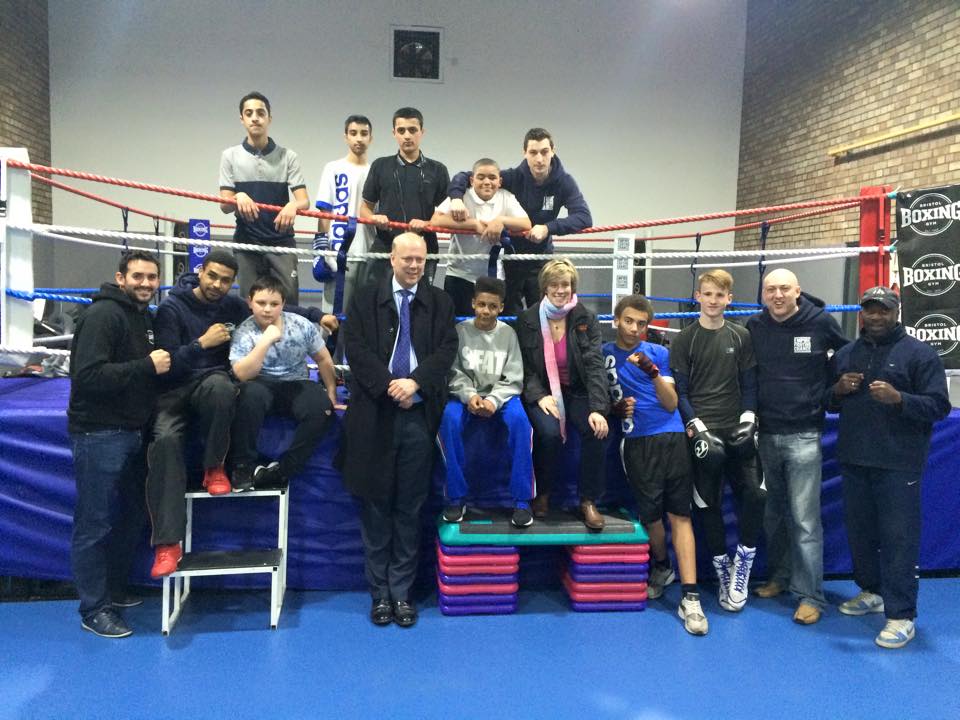